With the software to transmit files or images over LoRa working on Arduino some method of easily displaying the received images on a PC screen would be useful.

Following the principle that an application is often best built in stages, I first used the code to do a YModem transfer of a single file on an Arduinos SD card across to the PC, this is the program 230_Arduino_to_PC_File_Transfer_YModem.ino which is found here in the SX12XX-LoRa library;

The Arduino sending the file\image via YModem was a DUE in this case, it had the file $50SATL.JPG on its SD card and the program repeatedly attempts to transfer the file via the DUEs Serial2 port which is in turn connected to a USB to serial adapter plugged into a PC. With the program running the Arduino Serial monitor should show this;

On my PC, Windows7, the USB to serial adapter turns up on port COM42 so in Tera Term select \Setup\Serial Port… and configure for 115200 baud, see below; 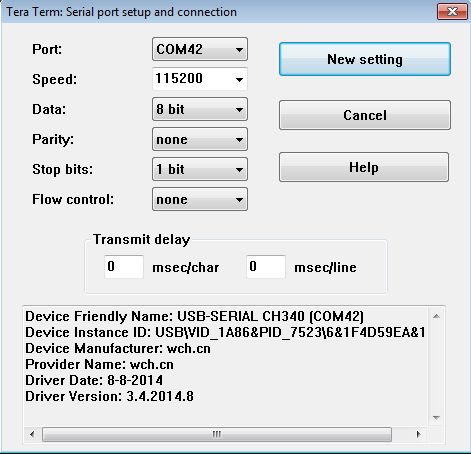 Tera Term needs to know where to save the files transferred, we need to change it, it will default to its own program directory. I created a folder on my desktop called YModem and in Tera Term selected \File\Change Directory and browsed to the YModem directory; 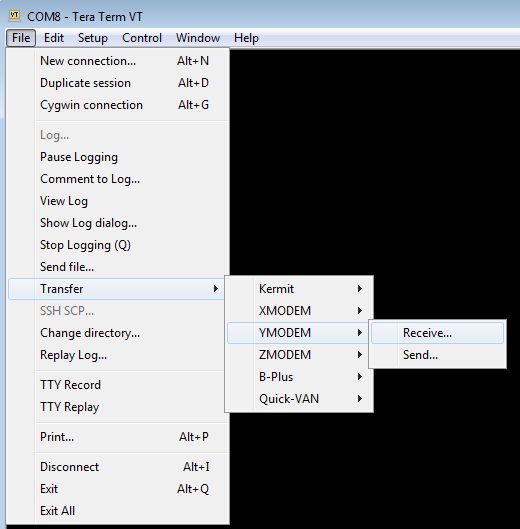 And thats it, the transmitting program, 230_Arduino_to_PC_File_Transfer_YModem.ino, should attempt to transfer the $50SATL.JPG file with a 15 second delay between transfers. Note that the Tera Term receiver will recognise that the same file is being transferred and the destination files will be named, $50SATL.JPG, $50SATL1.JPG, $50SATL2.JPG etc.

The Serial monitor output of the Arduino doing the YModem transfer should display this for every completed transfer;