I have had the basic send and transmit function of my Arduino Library for the SX1280 working for a couple of months, but I was keen to subject the code to a real World test before publishing it. So I built a small GPS tracker (25g) to use on a high altitude balloon. 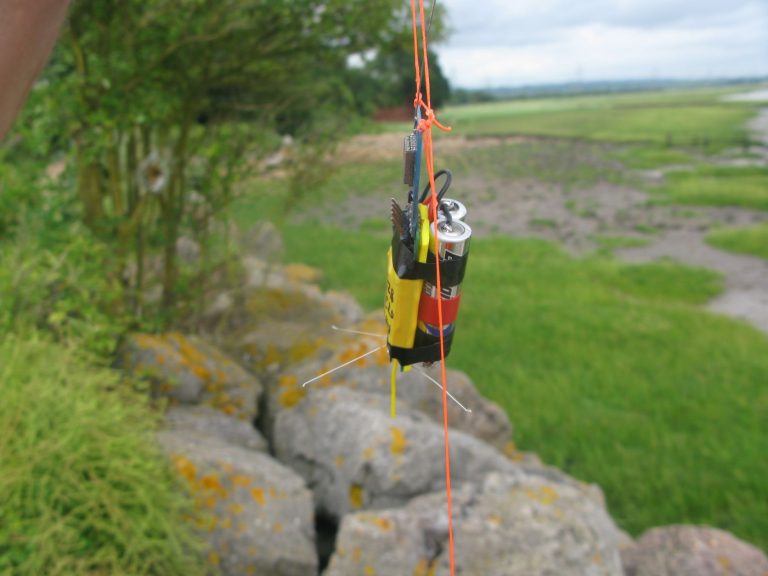 The boards used for the NiceRF SX1280 module are available here;

A small Arduino Pro Mini based controller that can be used with the NiceRF SX1280 boards is available here;

The SX1280 LoRa® devices can calculate distance by measuring the time of flight of a special packet exchange, I wanted to see how far this ranging feature would work, I had previously tested it to 40km in a hilltop to hilltop test.

So I set about converting some balloon tracking code I had originally written for the SX127X LoRa® device to use my SX1280 library. This software runs as a GPS tracker typically using an ATMega328P as on an Arduino Pro Mini. The receiver can also be powered by a Pro Mini, but to run the Micro SD data logging, display and receiver’s GPS requires a processor with more memory so I normally use a version of my LCD receiver that has an ATMega1284P processor.

Changing the code to run on the SX1280, including the remote control functions took a month or more and with it eventually working I added the SX1280 Ranging capability. For this function the remote balloon tracker would transmit a short command that the receiver identifies as a ranging request. The receiver then initiates the ranging packet exchange process and displays the results as a distance.

I eventually had a chance to test the tracker on the 22nd July, weather conditions looked suitable and the small tracker was fitted to a Qualatex 36” foil balloon and launched from the Black Rock picnic site between the two Severn bridges on the West side of the Severn.

I was not using the longest range mode of the SX1280, I chose a LoRa® bandwidth of 406khz as I wanted to avoid potential issues if the tracker got very cold and the TX and RX became more than 25% of the bandwidth apart in frequency. Its possible that further work will show that the lower bandwidth of 203khz, which would give more distance capability, can be used. I am also looking at implementing an AFC capability in the software.

The balloon rose slower than expected and was moving horizontally quite quickly. A 2.4Ghz magnetic mounted antenna on my car’s roof was not receiving strong enough signals to be able to follow the pico in the car, so I stuck to tracking it from a playing field with a cheap Wi-Fi yagi. 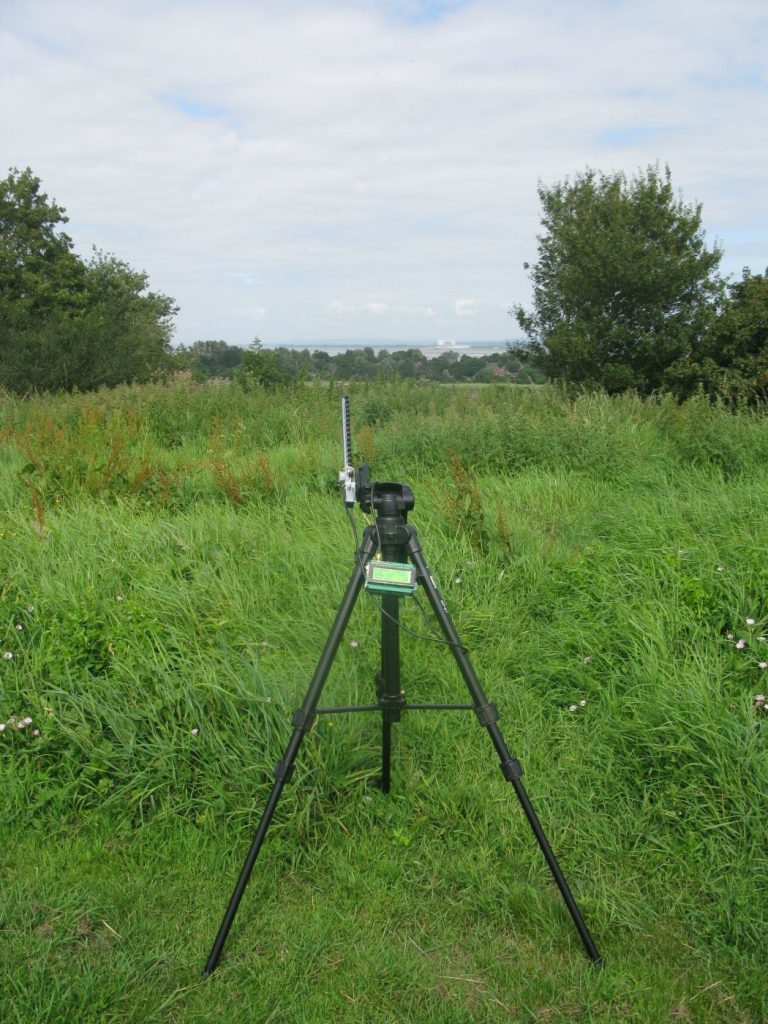 The balloon rose to 7903m where it apparently burst and descended. I lost contact with it when it was at 3259m altitude and the GPS calculated distance was 85.325km, direction 57degrees. The ranging function measured the distance as 85.133km, so with ranging now known to work at that distance, the flight was a success. 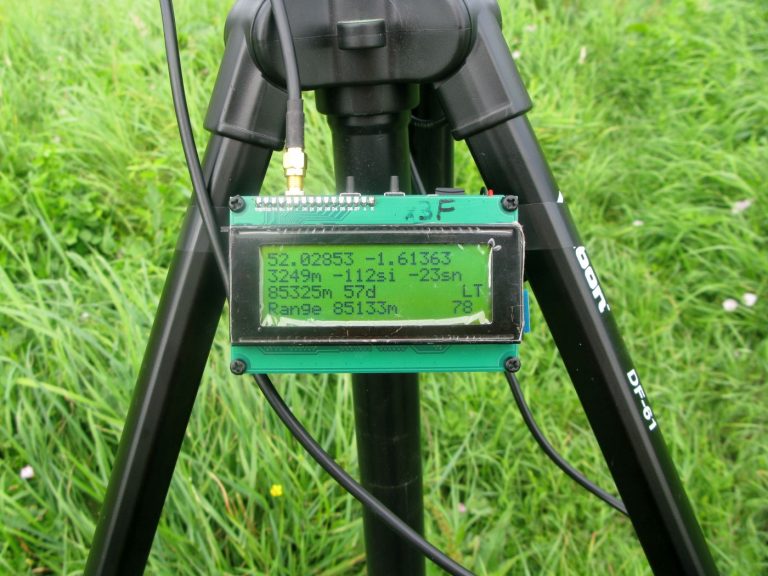 The point of lost contact was over the River Stour near Sutton-under-Brailes.

I hope within the next week or so to be able to send the 2.4Ghz LoRa® tracker to around 30km altitude on a latex balloon launch.

The Arduino library seems to work well, with perhaps some improvements required in the ranging code and an AFC capability. I particular I need to write a note on how I carried out the necessary ranging calibration.