There is quite a lot of significance being attached to reducing sleep current of LoRa® projects or nodes to very low levels, the lower the better apparently, but is sleep current alone a significant factor ?

A popular alternative to the processor deep sleep approach appears to be to use the TPL5110 device which can be used to completely power down a node, from seconds to 2 hours, with a deep sleep current of less than 0.1uA. This appears to be a significant improvement on the 1.5uA of a bare bones ATmega328 in deep sleep mode, or is it ? Is concentrating or being obsessed with the deep sleep current the best way of reducing overall power consumption  ?

Take a look at the scope plot below, it shows (top trace) the power to a The Thing Network GPS tracker node based on an Arduino Pro Mini being turned on. The lower trace shows a logic pin being sent high at the point the tracker node software queued the packet ready to send, so the difference is the node wakeup time. The delay from power on to ready to send the packet was 1512mS, mainly caused by the Arduino bootloader delay. Power consumption during this 1512mS was 5.42mA. 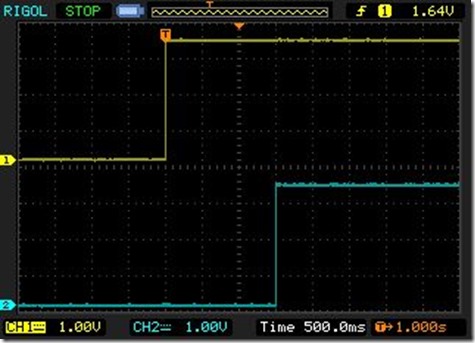 Now compare a similar situation where the tracker node is put into deep sleep and woken up by an interrupt timer such from the TPL5010. The bare bones Arduino with decent regulator and LoRa® device has a deep sleep current of circa 1.5uA. Note carefully the time it takes to wake up from deep sleep and be ready to send another packet; 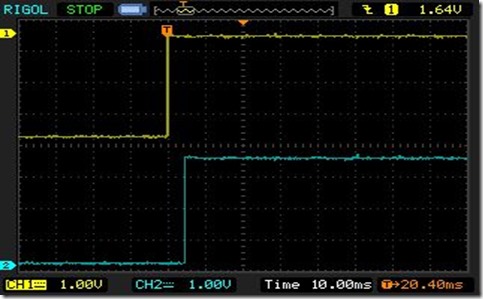 Here the top trace the interrupt waking the tracker node from deep sleep and the bottom trace shows the same logic pin going active just before packet transmission. The delay here is a meagre 4.5mS.

So the deep sleep wakeup is very much quicker (4.5mS versus 1512mS) but does the quicker ‘boot’ time save power?

Its easier to consider the numbers here in terms of uA/Seconds rather than mAhr and look at the numbers over a day. Lets assume our tracker node sends a transmission every 10 minutes or 144 times a day.

There are 144 of these transmissions, so that is 3513uA/Seconds per day.

Of course we don’t have to use the Arduino bootloader to load sketches, we can use an ISP programmer although its less convenient. 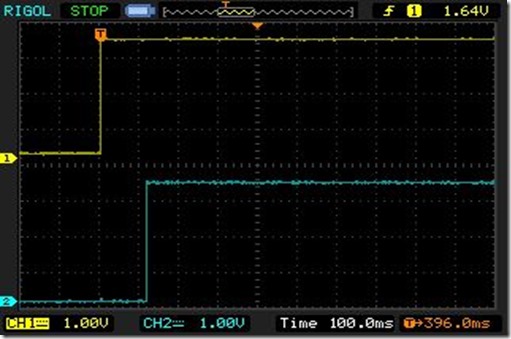 Here the delay between power applied and ready to send a packet is much less; 120mS.

Other Advantages of the TPL5010?

Now the TPL5010 can act as a watchdog device, if you don’t respond to the periodic interrupt in a timely fashion then there will be a reset of the processor, which is useful protection against software crashes or power supply induced errors.

One additional advantage capitalises on the Arduinos quick wakeup form deep sleep. At 4.5mS it becomes feasible to set the TPL5010 to say a one minute interrupt wakeup and then count the interrupts to get in effect a programmable wakeup time. A simple loop counting 10 of the interrupt wake ups then gets you a 10 minute wakeup, without the need to change the TPL5010 timing resistor.