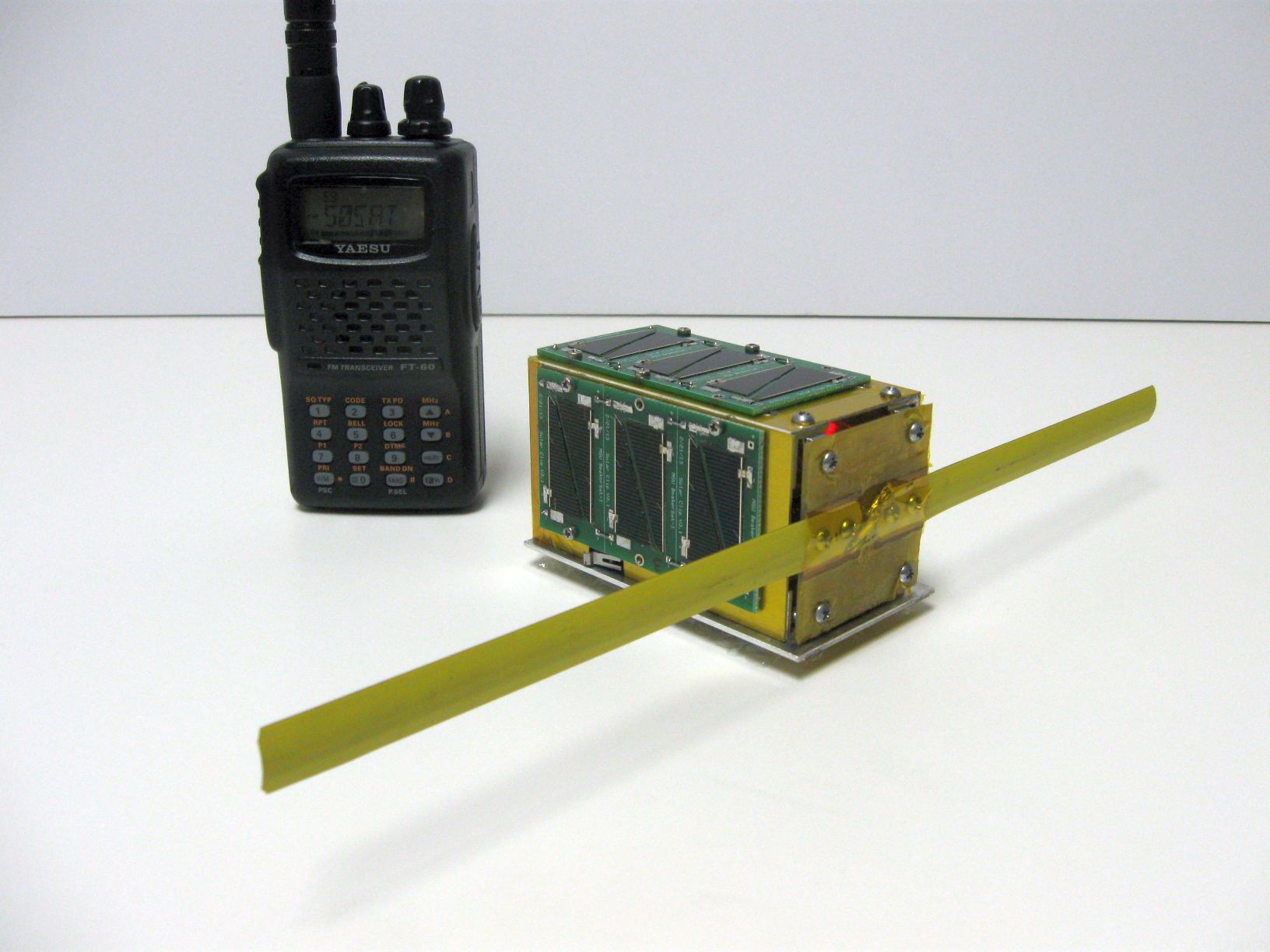 $50SAT (Eagle2) was successfully launched using a Dnepr rocket from Dombarovsky Air Base on 21/11/13 as part of the UNISAT-5 satellite program from the GAUSS team, further details here www.gaussteam.com

$50SAT operated for far longer than the team expected. It was last heard from on 19/07/15. The battery and solar cells had significantly degraded and its likely the electronics went into shutdown mode to prevent erroneous transmissions. Many thanks to all the radio amateurs from many different countries who helped us to monitor this diminutive satellite. $50SAT has a OSCAR designation, MO-76 (Morehead OSCAR 76)

Details of the communications, hardware designs, software and pictures of the satellite and its build will be found on $50SAT Dropbox.

You can see a Video of the launch here

The slow Morse call sign beacon can be picked up on a hand held UHF receiver when the distance to $50SAT is approximately 800km or less. The received signal can be improved significantly by using a simple gain antenna such as a BiQuad, Moxon or small Yagi.

The FSK RTTY data has been decoded at up to approximately 2400km using an omni directional antenna and low noise amplifier.

Digital data telemetry packets (1kbps) from $50SAT can be received with a ground based RFM22B receiver at approximately 750km using a low noise amplifier and omni directional antenna, with a considerable improvement in reception range when a small yagi is used. The T-logoQube team have reported that their high gain yagi tracking antenna allowed them to send and receive data telemetry packets at up to 2700km.

Together with T-LogoQube (Eagle1), QubeScout-S1 and WREN, $50SAT was the first of the new PocketQube standard satellites to be launched.

The primary purpose of $50SAT was to evaluate if PocketQubes would be a cost effective means for engineering and science students to use for developing real world skills.

$50SAT has demonstrated that very low cost satellites are viable in low Earth orbit. The low build cost of $50SAT (less than $250 in parts) means that Engineering models are readily affordable by schools and colleges. The PocketQube chassis has no precision mechanical parts and can be built from locally obtained sheet metal.

The electronics are comprised of two 40mm square circuit boards. The first is the processor/radio board with the PICAXE 40X2 processor, the Hope RFM22B transceiver module, a temperature sensor, latchup and watchdog protection devices. The second board is the solar power control and monitor board. This board contains the maximum power point controllers as well as current monitors for the battery and summed solar power. The battery is a common 3.7V lithium ion camera battery.